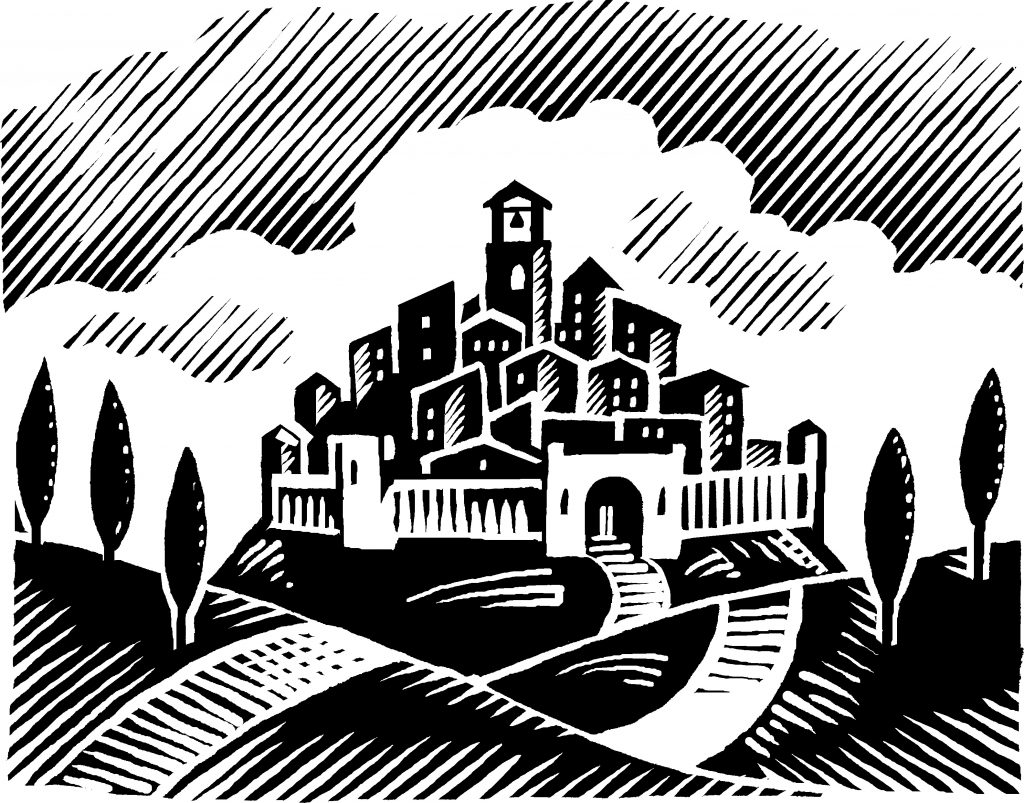 There was an Italian town, possibly Verona, in which the people discouraged incomers and made it difficult for them to be accepted. In particular, they objected to the influx of southerners – people with names like Valentino, Salvatore, or Pasquale. These were typical Neapolitan or Sicilian  names, and these arrogant northerners regarded them with disdain. They themselves were called names like Mario or Marco; the more fashionable ones even adopted foreign, preferably Anglo-Saxon, names like Robert or Freddy. The Roberts and the Freddies discouraged the southerners from joining the tennis club through the simple method of losing their application forms.

One of the immigrants from the south who moved to this town was a man called Giuseppe Forteferri. He was a lawyer, who had rough features and an extremely loud voice, and who loved to appear on the local news when a particularly salacious or frightening criminal trial was taking place. On one occasion, he defended a Sicilian immigrant called Januario Occhidilupo, who had stolen eight cars but who had made the mistake of parking them all in front of his house, thereby drawing attention to himself. He was convicted.

Giuseppe did not bother to use a microphone when he spoke to a meeting. He had a very loud voice, and he relied on this, spurning any microphone that was offered to him.  Other lawyers laughed at this. “You don’t make your points by shouting,” they said. The Carabinieri laughed too; they took their cue from the lawyers, just as small boys in the playground will mock those whom the bigger boys mock.

Naturally he received no invitations to the houses of the other lawyers. He had, however, three friends who were lawyers too and were also from the south. They joined him in a small legal association that he formed and which he called The Society of Defenders of Human Rights in Criminal Law. Giuseppe was elected President of this society, although the other three dearly hoped that he would have a heart attack and die, so that one of them might become President and enjoy the status that went with this. They would also get all his work if this happened. Eventually their wish was fulfilled. Giuseppe had a small private plane, which he used to fly from a nearby hobby small airport. He took off in this one day and only ten minutes into the flight the plane dived down into a field from which the wheat had just been harvested. The plane exploded on impact and the smoke could be seen from the steps of the court-house in the town, where two of the lawyers who did not like Giuseppe were standing on the steps. They saw the cloud of smoke and the one said to the other: “Maria! A plane crash.” The other one crossed himself.

This story originally appeared in The Herald.