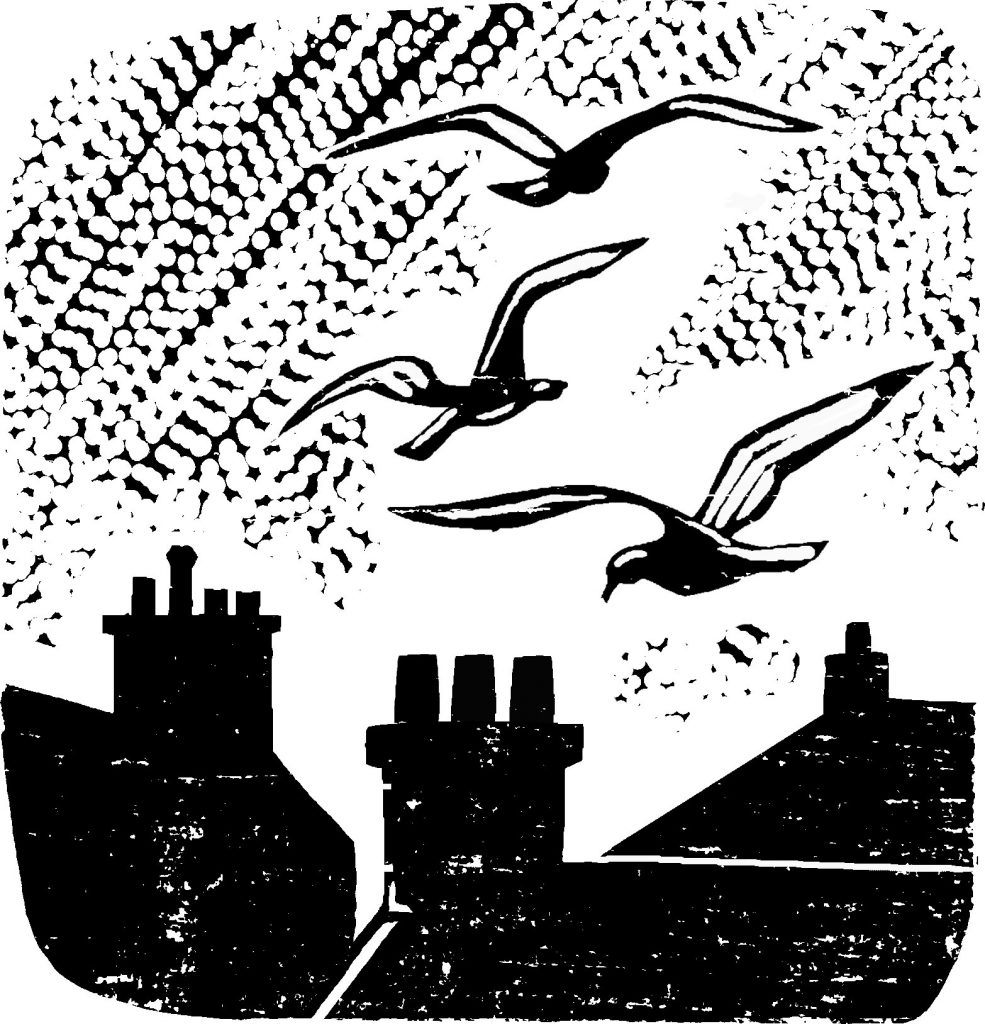 A family of three lived in a large house in Balerno, just outside Edinburgh. The family consisted of a man, a  woman, and a daughter of nineteen. The man had a goods-in, goods-out business just outside Livingston. He bought goods, moved them in, and then moved them out, with a larger price attached. “I’m a middle man,” he explained to his friends. “I buy cheap and sell a little bit more expensively. It works. Goods-in, goods-out: that’s what I call it. Good name, isn’t it?”

The daughter went to a club in Tollcross called the Rootsie-Tootsie Club. There she met a man called Steve, whom she agreed to meet the following day at the West End of Princes Street. They got on well together and she eventually took him home to meet her parents in Balerno.

One thing must be pointed out. This man, Steve, said nothing at all. She had never heard him speak, other than to set up their original assignation, but she noticed that he communicated very well with his eyes, which were large and limpid. In view of his silence, the only reason why she could work out what he was called was because he had a label on his jacket which said:  I’m Steve: Have a Nice Day!

When they arrived at the parental house, Steve said nothing. He was introduced to the father, who said to him: “What did you say? I didn’t quite catch it. Could you repeat what you just said.” But of course he had said nothing. The father looked at the badge which said:  I’m Steve: Have a Nice Day! Then he looked at Steve, who looked back at him and held his gaze.

“Can he speak at all?” asked the father. It was an innocent question, but his daughter interpreted it as an undermining of her choice.

“You admire people who talk their heads off, don’t you?” she said. “Well, you do. And you just don’t understand that other people might not have so much hot air to vent as you do. You don’t get that, do you? Steve will talk when he’s got something to say. Not a moment before.”

Steve, who was standing outside the door, had overheard this entire conversation, and he called out angrily: I hate you and your middle class Edinburgh. You’re just a bunch of hippo… hippos.

It was easy to pick up girls. One just had to be the strong – and silent – type. That always worked.

This story originally appeared in The Herald.