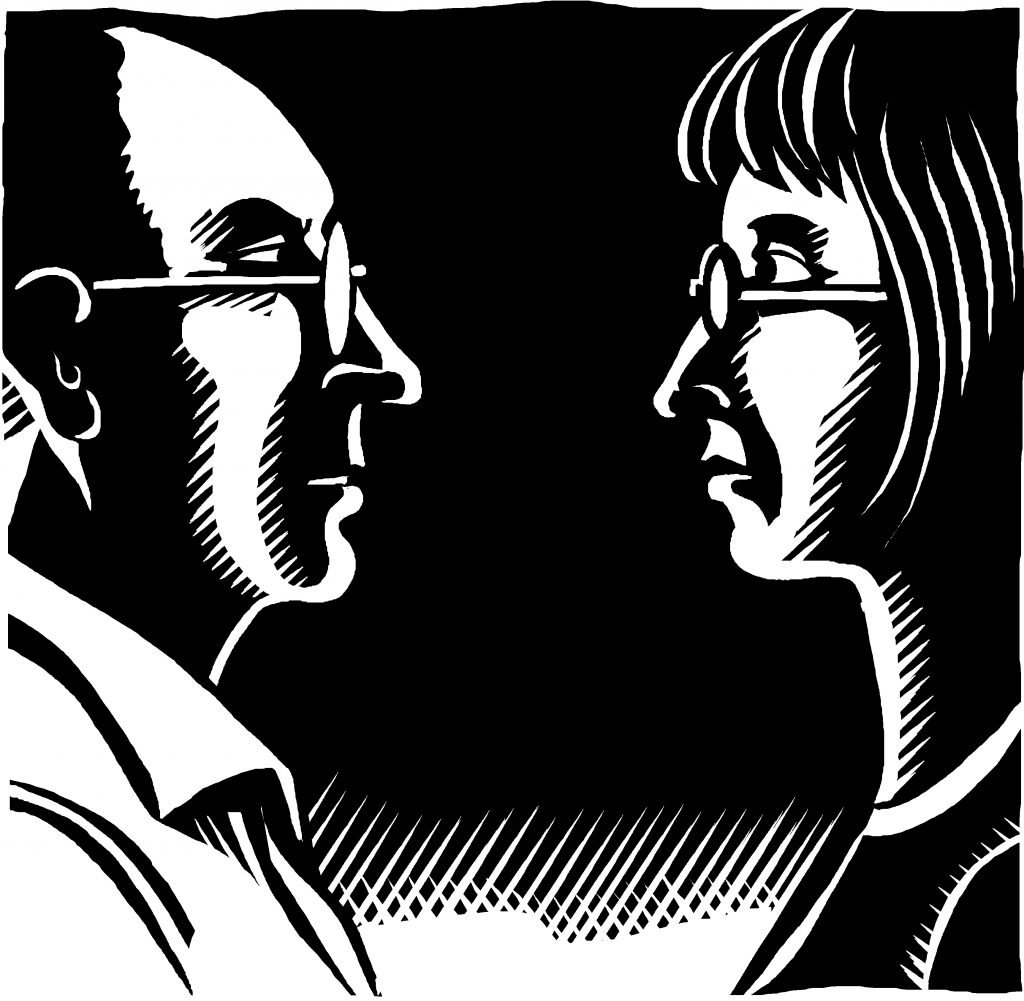 She was lonely. Exactly six years earlier, her husband, the director of a firm that planted trees across Scottish hillsides, informed her that he had been conducting an affair with his secretary, a woman named Bernie. Bernie was twenty eight and was keen to meet a man of substance so that she would no longer have to work. Martin, the husband, fitted that description. He had  shares in a  race-horse. He drove a car in which Bernie imagined that she would feel very comfortable. Bernie seduced him by standing very close to his chair when she passed him documents, and making sure that she inadvertently touched his shoulder or forearm at every opportunity.

Clara, the wife, was for some years filled with self-pity. “I did nothing wrong,” she told herself – and her friends. “I was a good wife to him – and now this is how he behaves. Now there’s nothing for me. Nothing.”

Gradually she grew out of her self-pity and took to going to the theatre. She hoped to meet somebody there, but found it difficult. Then she had an idea. She decided that she would purchase two tickets for each play, but would leave one at the box office, as a free return for anybody who wanted it. She knew the woman behind the counter and said to her: “Give it only to a man. “ The woman understood exactly what was going on, and complied with the instruction.

On the very first occasion on which she tried this, the ticket was given to an orthopaedic surgeon whose wife had just left him to live in the Scilly Isles with her lover, a tax accountant. He thanked her for the ticket and invited her to join him for dinner after the show. She agreed, and they married four months later. They did the newspaper crosswords together, although she was rather better than he was at this. She said: “It doesn’t matter – it really doesn’t. It’s not a question of being clever – it’s more a question of tactics.”

This story was first published in The Herald.

A Story for December: Bertie’s Christmas
A Story for March: From the South