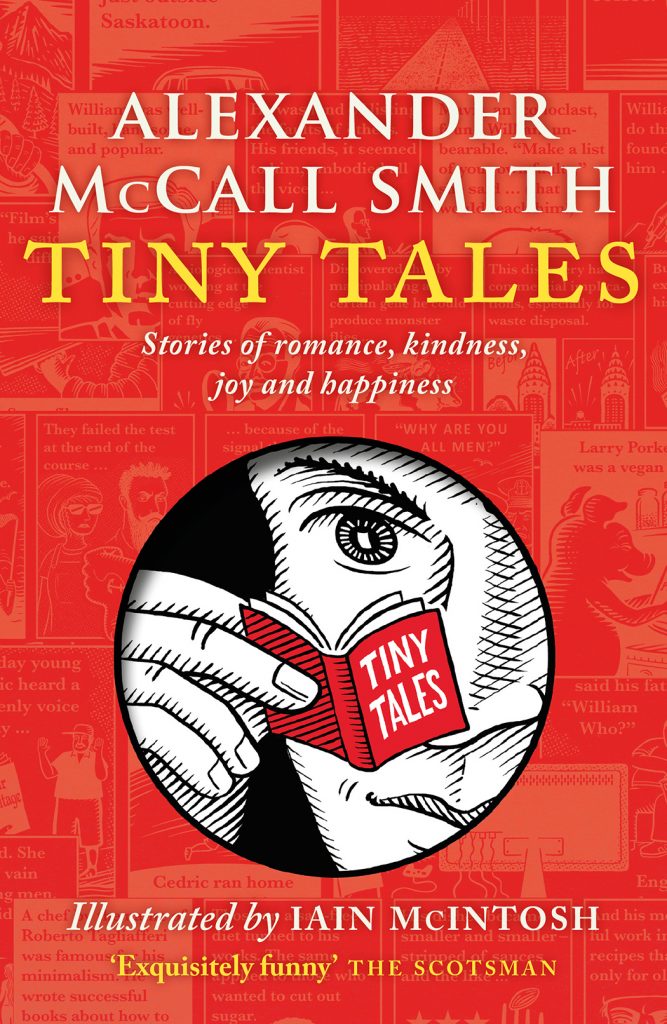 A middle-aged widower called Henry, who ran a small garage in Dumfries, decided that it was time for him to remarry. He found it difficult, though, to meet a suitable woman: it was easy enough to meet local women through friends or at functions, but they seemed keen to discuss dairy farming – and little else. Henry was not interested in cows.

Eventually Henry revealed his frustrations to a man called Roger, whom he met in a pub. Roger listened attentively and then, with a broad smile, said, “Well, just look at me. Go on – look at me.”

Henry was not sure how to take this invitation, but the situation became clearer when Roger continued, “Do I look unhappy? I do not. Do I look as if I’m not being fed properly at home? I do not.”

Roger explained that he had imported a Thai bride, and had been blissfully happy since the day she arrived. “She cooks very nicely,” he said. “And she keeps the house spotless. I consider myself a lucky man.” Henry found a website where Thai women could be ordered online. He was surprised by the language used: it seemed to him that the brides were viewed as commodities.

The site even referred to “your order”. This struck him as completely inappropriate for such a personal transaction: it was blatant commodification, although that was not a word with which Henry was familiar.

He raised the issue with a Church of Scotland minister, whose car he serviced. He asked the minister, a sympathetic man, whether it was in any way wrong to bring somebody from Thailand in order to get married.

“It depends,” said the minister. “If you and she are in love, and you wish to enter into a happy marriage, then I see nothing wrong in that. But if the lady in question is unwilling in any way, then it’s a different matter.” The minister looked at Henry searchingly. “My impression of you, Mr MacPherson, is that you are a decent man. I can’t imagine you would behave badly in such a matter.”

The discussion with the minister went no further. Back at home, he looked at the photographs and found a lady whose appearance he liked. He paid a deposit – further evidence of commodification – and a few weeks later she arrived in a taxi at his garage.

“That woman you sent off for has arrived,” said the mechanic whom he employed at the garage. “She doesn’t look too bad, Henry.”

Henry introduced himself. The woman smiled, but could not speak a word of English, and so nothing was said. He took her home and showed her the house. She smiled again and immediately began to clean it. Henry tried to talk to her, but she looked at him without comprehension.

After a few weeks of this, Henry found himself becoming increasingly frustrated at not being able to say anything to his new wife. Finally, he could bear it no more and he bought her a one-way air-ticket back to Bangkok. He drove her to Glasgow Airport and effectively handed her over at a check-in desk. She was confused, but the airline was helpful and took her off into the departure hall. Henry waved goodbye and drove back to Dumfries. “Oh well,” he said to himself, “I did my best.”

Clearing out her room, he found that she had been keeping what looked like a diary. It was written in Thai script, and he could not decipher it, but a couple of months later he met a teacher who had lived in Thailand for years and could read Thai. Henry showed him the diary and asked him to translate.

The teacher frowned as he read. “This is very moving,” he said. “Listen to this: ‘I am so happy in this country, which is cool and green. The people are quiet and do not push and shove like people at home. All I want to do is make this kind man happy. I want him to have the best food I can cook. I take great care with his laundry. I keep his house very clean. But he does not love me, I think, and my heart is broken. It is broken.’”

The teacher looked at Henry. “Do you want me to go on?” he asked.

Henry shook his head. He went home and thought about how we should conduct ourselves in this world. He would go to Thailand, where he would enrol on a course on the Thai language. He would find her. He would look up the Thai word for forgiveness and make sure that he could pronounce it properly.

In Tiny Tales Alexander McCall Smith explores romance, ambition, kindness and happiness in thirty short stories that range in length from the short to the tiny. It is now available in paperback. Order your copy now: https://birlinn.co.uk/product/tiny-tales-3/

A Story for September: A Song of Comfortable Chairs
A Story for December: The Enigma of Garlic