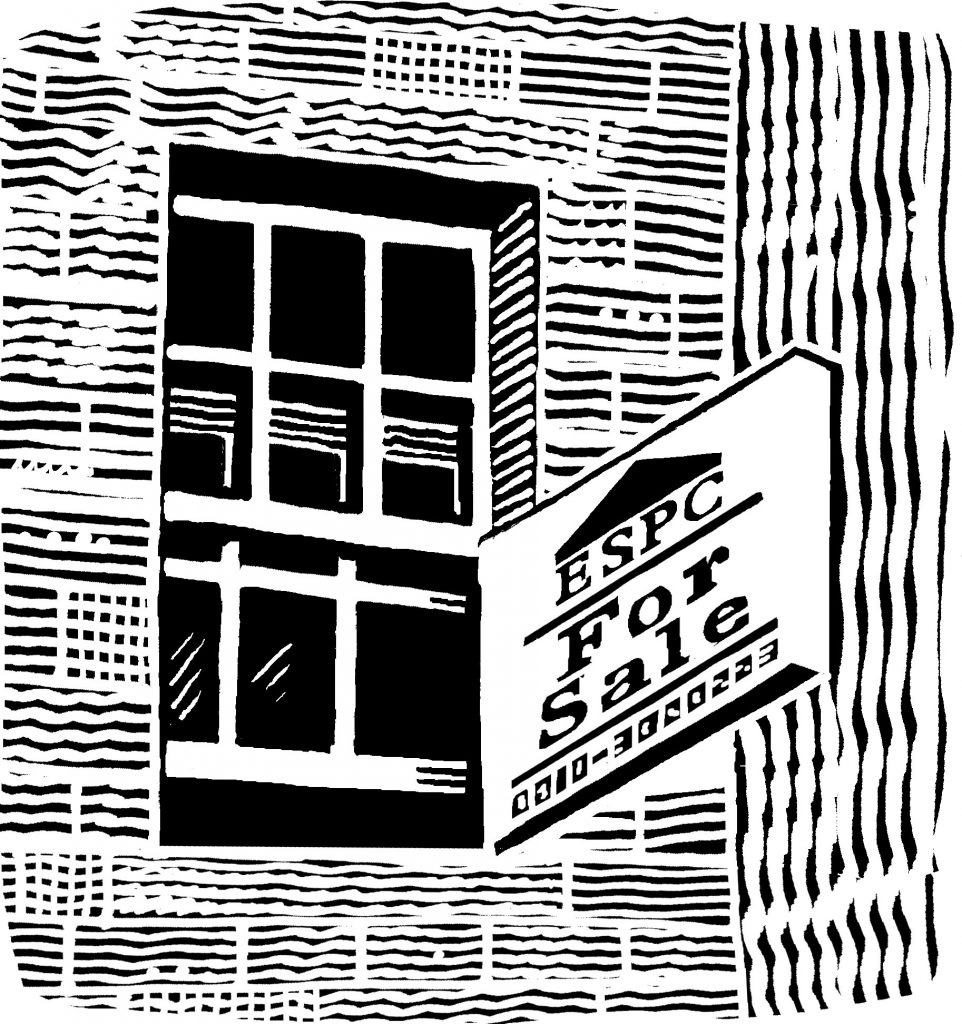 Domenica said to Angus, “Nothing yet. They’re certainly taking their time.”

Angus laughed. “Patience is required of the curtain-twitcher. It’s like fishing, I think. You have to be patient.”

Domenica defended herself: no anthropologist could ever be a curtain-twitcher. “I am not that at all,” she said. “For a start, we have no curtains – on this particular window, at least. Curtain-twitchers operate behind lace curtains, and their motives . . .”

“Idle curiosity,” Domenica corrected him. “I am not indulging idle curiosity here. It’s important we should know who’s going to move into that flat. It could be anybody. They might be turning it into a party flat, with hen parties coming up from places like Manchester to spend the weekend here. Imagine that. You’d soon take an interest if that happened.”

“By that I mean respectable people,” said Angus. “Students are, by definition, not respectable.”

“Nobody talks about respectable people any longer,” said Angus. “Perhaps that’s because it has become unfashionable to be respectable.”

“Respectable people disapprove of things,” mused Domenica. “And Edinburgh used to be very disapproving. Now it’s only moderately so.”

“Do you remember that councillor?” asked Domenica. “The one who hated the Traverse Theatre because it represented a threat to public decency.”

Angus smiled. “That was a long time ago. Nobody can be shocked these days.” He thought about the effect of that. “Of course, that’s a matter of great regret if you’re a cutting-edge artist. How can one épater la bourgeoisie if the bourgeoisie declines to be shocked? That rather takes the wind out of the sails of the artist.”

Domenica agreed, and wondered what the definition of a cutting-edge artist might be.

“One who can’t paint,” said Angus. “Nor draw. Nor sculpt. The real cutting-edge types are distinguished by their inability to do any of these things. And now, to make things worse, they’re finding it increasingly difficult to épater the bourgeoisie.

“How sad for them,” mused Domenica. “I suppose the bourgeoisie is unshockable now. It has seen everything there is to be seen.”

“And has no energy left to express disapproval, even if it felt it,” remarked Angus. “Except when the Turner Prize is announced each year, and there’s a ritual huff and puff in the press about the mind-numbing banality of what’s served up.”

At the mention of the Turner Prize, Cyril stirred in his sleep, and uttered a barely audible, somnolent growl. He had been trained to lift his leg at the mention of the Turner Prize, one of the few terms that Cyril recognised, along with walk, biscuits, sit, and bad dog. Domenica had disapproved. “You can be very childish, at times, Angus,” she said, adding, “like many men.” But Angus did not mind, and enjoyed demonstrating Cyril’s trick to people he bumped into in the street. Childish it may have been, but we were, after all, homo ludens, and if we couldn’t have a bit of fun at the expense of an artistic establishment that took itself so seriously, then what could we do? If anybody needed to be épated, it was that cultural establishment with its shibboleths, obsessions, and deadening, Pravda-like conformity.

He looked down at Cyril, still fast asleep at his feet, occupying the subfusc rug that was his undisputed territory. Then he transferred his gaze to the blue Spode teacup on the table in front of him. This teacup was as powerful a trigger of memory as the Madeleine cake had been to Proust. In this case, the memory evoked was not one of a room, like that in the house at Combray, but of an unfortunate incident that had occurred several years previously and that had involved their neighbour, Antonia Collie. Antonia had experienced an episode of Stendhal Syndrome in the Uffizi Gallery in Florence and since then had become closely involved with an Italian socialite nun and aphorist, Sister Maria-Fiore dei Fiori di Montagna. Relations between Antonia and Domenica had long been prickly, owing to a long-running dispute as to the ownership of a room that Antonia believed had been wrongly incorporated into Domenica’s flat despite its belonging, in Antonia’s eyes, to her own flat. In spite of this argument – every bit as significant, in the mind of both parties, as the dispute between Peru and Ecuador as to the ownership of a contested section of the Amazon Basin – the two women had continued to recognise the normal incidents of goodneighbourliness, including a willingness to lend each other things needed at short notice. One such loan had involved a blue Spode teacup that, in Domenica’s view, Antonia omitted to return. That had led to Domenica and Angus secretly letting themselves into Antonia’s flat to repossess the cup. It was some time later that Domenica discovered that she had two blue Spode cups in her flat, which meant that they had, in fact, wrongfully taken one that Antonia possessed legitimately. It was because of this background that Angus always felt uneasy when drinking his coffee out of the blue Spode cup. And it was a guilty unease that he felt, although of course it was now far too late to remedy the situation. If they took the cup back, then it would be noticed by Antonia, who might suspect them of involvement. Doing nothing, although strictly speaking the wrong thing to do, was in this case exactly the right thing.

His thoughts were interrupted by a cry from Domenica.

“There they are,” she alerted him, lifting the binoculars to her eyes. “They’re coming out.”

Angus rose to his feet and joined Domenica at the window.

Domenica squinted into the binoculars. “He looks very… very respectable. Neat hair. Not at all scruffy.”

“Appearances can be deceptive,” Angus warned her.

Domenica lowered the binoculars. “I shall go out while they’re standing there,” she said. “In that way I shall be able to strike up an acquaintance and get the measure of our new neighbour.”

Angus had taken the glasses from her and was conducting his own assessment of the young man on the street down below. “Red trousers,” he said. “That tells us a lot.”

Domenica burst out laughing. “Is it all in the genes (jeans)?”

That was a highly sophisticated response, although the difficulty of rendering parenthesis in speech meant that the joke fell quite flat.

A Poem for October – Fall
A Story for December- Descent