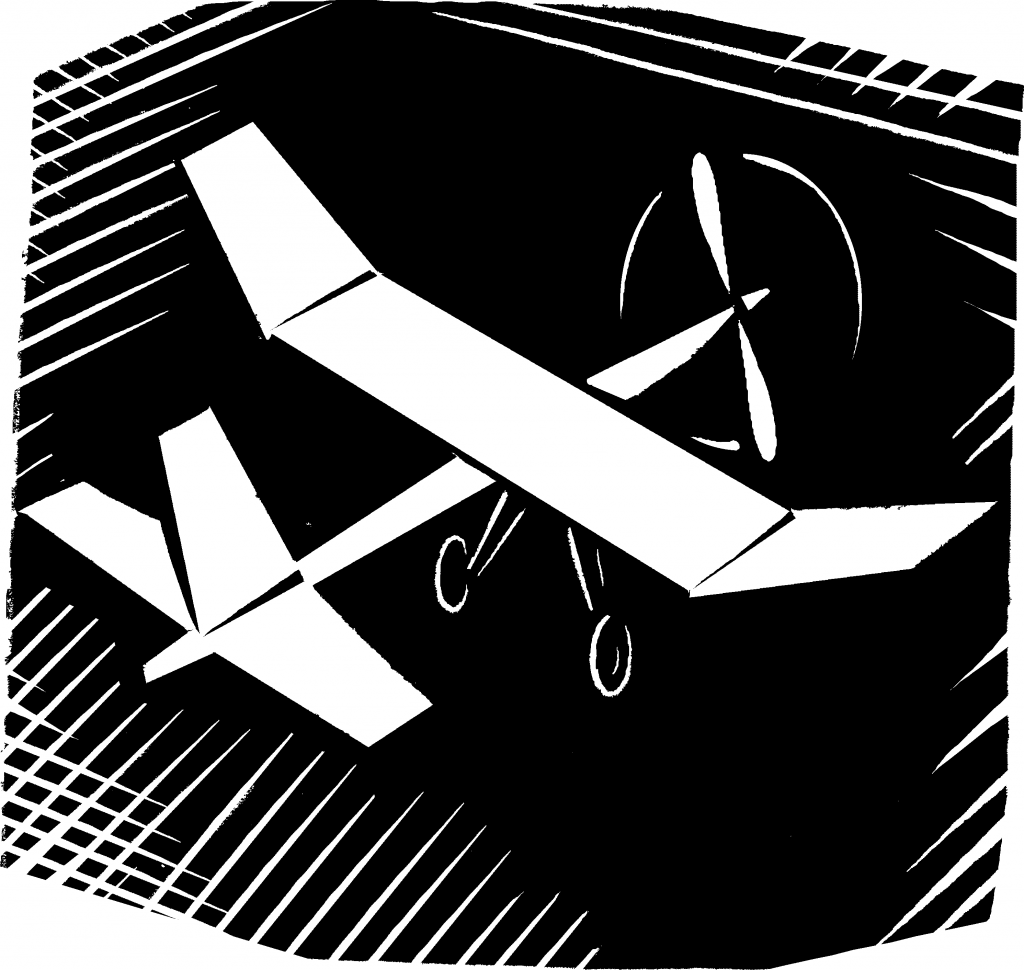 Molly wanted to do a parachute jump.

“On a parachute jump?” her friend mocked. “Meet somebody? Are you serious?”

But when she went to the parachute club, Molly met an exceedingly handsome instructor. He was known as Drop-Dead Gorgeous. This was not a good nickname for a parachutist to have, but Molly did not know about it at the time.

“All right, Molly,” said Drop-Dead Gorgeous. ‘I’m going to strap you to me. Then we’re going to jump out of the aircraft strapped together. Any questions?”

Molly tried to think of a question, but could only think of asking How long will it last? She was not thinking so much of the jump, but of how long she would be strapped to the instructor.

They went up in the plane. Molly looked down at the ground below. The countryside was parcelled out in small, neat fields. Rivers were tiny veins of silver. The cars on the roads were minute beetles. The earth was so dear …

The descent took very little time. The ground seemed to come up rather fast, but the instructor landed on his feet, cushioning Molly’s landing. She looked into his eyes.

“That was lovely,” she said.

He smiled at her. “Let’s not unstrap just yet,” he said. “We could go for coffee together.”

He did the walking. Strapped to him in her harness, her feet did not touch the ground, but she was happy to be carried – more than happy, perhaps.

After coffee, he suggested they go for a walk. “No need to get unstrapped just yet,” he said.

They spent the day together, in close proximity. At the end, he said, “You know something? I feel very close to you.”

“So do I,” said Molly. She was convinced that she had found the man she was looking for, and he felt the same thing, mutatis mutandis, of course.

“I’m going to give up jumping,” he promised.

She was relieved. He thought that her relief was connected with her concerns about the danger involved in parachuting, but that was not the real reason. She did not want him to be strapped to anybody else, which was quite reasonable, in her view. At the same time, she fully understood that a key element in any successful relationship was not to be too clingy.

This little story is an extract from the upcoming book, Tiny Tales, a perfect collection of short stories that dance across your mind just as an amuse bouche dances on your tongue.

A Story for November- Épater la Bourgeoisie
A Story for January: Maternal Designs