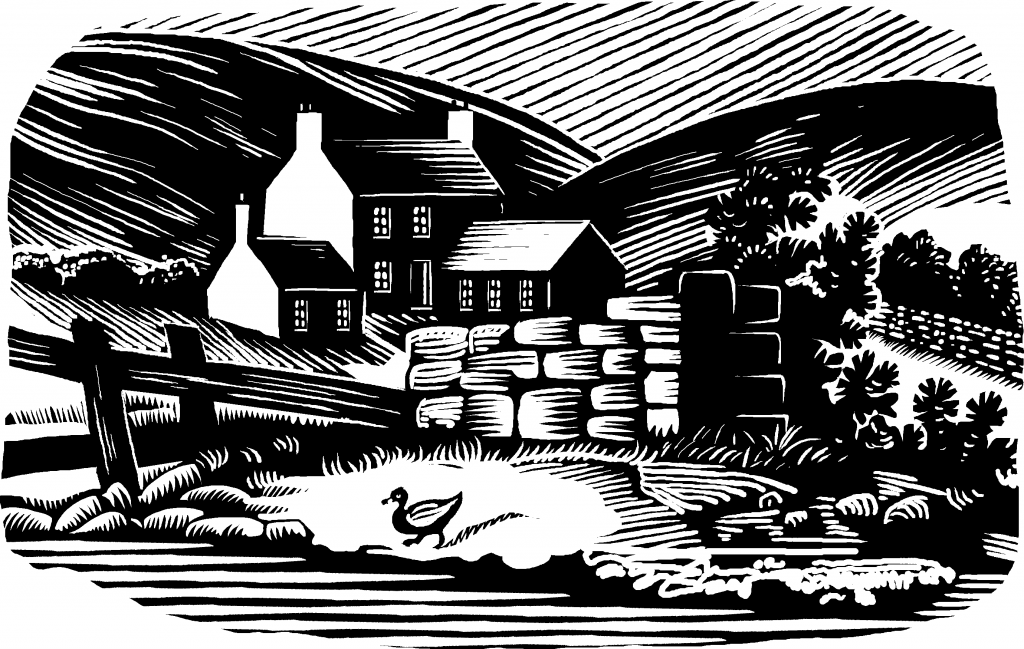 From the very beginning it had been an ideal arrangement. After Anne had the baby – eight months afterwards – she had been able to go back to work again with complete confidence that everything would run smoothly. She was a doctor and did not want to stop her training as a psychiatrist; Alec, her husband, was an engineer and worked long hours on one of those interminable projects that never seemed to get any nearer completion. Neither had a great deal of flexibility in the hours they had to work, and they needed the income from both jobs.

‘Does anybody manage on one income these days?’ Anne asked one day. And then she answered the question herself, ‘I suppose they do. They must – people who are by themselves. Single mothers.’
‘It can’t be easy,’ said Alec. ‘One of the junior engineers on the project is by herself. She has two children and somehow gets by without any support from anybody.’
‘We’re fortunate,’ said Anne. ‘I remind myself of that just about every day.’
‘As one should,’ agreed Alec. ‘If you are fortunate, that is …’
‘Even if you aren’t,’ said Anne. ‘The glass half full and all that.’

But she was right – they were fortunate, and part of their good fortune lay in the fact that their own parents lived within five miles of them, and both sets of parents had – without the slightest bit of prompting – offered to share the child care when Anne went back to work. This relieved them of the need to find a child-minder or arrange a place in a crèche or nursery – and it was distinctly cheaper too, not that this was the main consideration.

So their daughter, Jennifer, on the odd-numbered weeks of the month went to Alec’s parents on Monday, Tuesday, and Wednesday, and on those days to Anne’s on the even-numbered weeks of the year. The remaining days of the week were covered by the other grandparents. This worked perfectly because both sets of grandparents doted on Jennifer and gave her uninterrupted attention. By her fourth birthday, when imminent school would soon begin to change this well-established pattern, the grandparents began to contemplate with some trepidation the day when their days would no longer be filled by Jennifer. ‘I don’t want this to end,’ complained Anne’s mother, Edith.
‘I don’t either,’ said Geoffrey, her husband. ‘But childhood inevitably comes to an end, I suppose. They grow up. They go to school. We gradually lose them as they get on with their own lives.’

Edith looked thoughtful. ‘Perhaps they’ll have another,’ she said wistfully. ‘They haven’t said anything, but people tend not to discuss these things. Then suddenly they’re pregnant and there’s another baby on the horizon.’
‘Wonderful prospect,’ said Geoffrey. ‘If only.’
Shortly after they had that conversation. Anne said to her mother, ‘Actually, I’m pregnant again. I’ve just had the scan.’
‘Oh, my darling! What magnificent news. Now we can … I mean, from your point of view, what a thrill. And from ours, well, we’re here for you, as you know. We’ll do the necessary.’
Anne was relieved. She did not want to impose on her parents, but it seemed that they would be perfectly happy for the arrangement to continue. ‘You know something, Alec?’ she said to her husband. ‘We are seriously, seriously lucky in having my folks – and yours too – to look after our kids.’
‘And they do it so well,’ he said. ‘And we never have to criticise anything they do.’
‘Just as well,’ said Anne. ‘My mother can’t take criticism. She gets into a dreadful huff if anybody tells her off about something. Thank goodness we never have to do that.’
‘We all have our faults,’ said Alec. ‘And you mother has hers …’ He corrected himself rapidly. ‘I mean she has the same sort of faults that anybody’s mother – I mean, anybody can have. I’m not suggesting she has any more than that, of course. I wasn’t suggesting that.’
Anne smiled. ‘I know, my darling,’ she said. ‘But don’t protest too much. I knew what you meant. And the same goes for your mother. She has her faults, too – quite a lot of them – but who are we to judge?’
‘My darling,’ he said. ‘You’re so understanding.’
‘I’m a psychiatrist,’ she said. ‘What else do you expect?’

It was shortly after her fourth birthday that Jennifer came back from a day with Anne’s parents and announced that she had eaten a boiled egg.
‘Well, well,’ said Anne. ‘And who gives us eggs, my little pumpkin?’
‘Hens,’ said Jennifer. ‘Hens lay eggs. They do it in the farmyard.’
Anne nodded. Would that this were true, she thought. Those poor hens in their wretched batteries – how different would their life be – and their eggs – if they were allowed to scratch around in a farmyard as hens are meant to do. But four was too young to go into any of that, and so no more was said on the subject of eggs – at least that day. But the following day, the subject came up again when Jennifer announced on coming back from her grandparents, ‘I had two boiled eggs today. Two.’
‘Well!’ said Anne. ‘What a lucky girl you are! Two boiled eggs!’
Later, Anne said to Alec over dinner, ‘She said she ate two boiled eggs today.’
Alec shrugged. ‘Oh yes?’
‘Rather a lot of protein,’ said Anne. ‘For a child, that is. Particularly since she said she had macaroni cheese for lunch. And my mother has a very heavy hand when it comes to the cheese.’
‘I used to love that,’ said Alec. ‘There’s nothing wrong with macaroni cheese.’
‘Yes,’ said Anne. ‘But everything in moderation, surely. Two boiled eggs in one day might be one too many.’
‘Hardly,’ said Alec. ‘If she said she’d had three or four, maybe. But two seems all right to me.’
‘I suppose so,’ said Anne.

The following week, Jennifer came home looking tired and listless. Alec took her temperature – but it was quite normal.
‘Not feeling well?’ he asked.
‘Sore tummy.’
‘Oh dear. Too much … too much ice cream maybe?’
She shook her head. ‘No ice cream today.’
He smiled. ‘I’m sure you’ll feel better soon.’ But then he thought to ask, ‘What did you have to eat at Granny E’s?’
Jennifer did not answer for a few moments, but then she said, ‘Lots of boiled eggs.’
Alec raised an eyebrow. ‘Lots? How many?’
She had been learning to count. She held up a hand. ‘That many.’
He drew in his breath. ‘Five?
She nodded. ‘I like boiled eggs.’
‘So I see,’ he muttered.
He had been first home that evening; Anne was held up in the hospital and was not back until Alec had put Jennifer to bed. He had also prepared their dinner, which he served as soon as she returned.
‘We need to talk,’ he said.
She sighed. ‘Not now. I’ve just been dealing with …’
He interrupted her. ‘No, we need to talk about those boiled eggs.’
She looked at him wearily. ‘Really, Alec, I’ve been dealing with a dreadful case of self-harming and I’m not in the mood to discuss boiled eggs.’
‘She ate five today, she tells me. Five!’ He paused for the information to sink in. ‘At your mother’s.’
Her weariness disappeared. ‘Oh no, what on earth are we going to do? We’re going to have to speak to her.’
‘Yes.’
‘Can we both do it? I’m not looking forward to the conversation. You know how she hates being pulled up over anything, and if we upset them they might not be so keen to …’ She trailed off. It was a bleak prospect.
‘We have to do it,’ he said. ‘It’s one of those occasions where there’s just no alternative.’

They took great care in the timing, deciding to broach the subject when they called on Edith and Geoffrey that weekend.
‘Such fine weather,’ remarked Geoffrey, glancing out of the window. It had started to rain. ‘Or rather, it was fine weather.’
‘Rain, I see,’ said Alec.
‘But it was sunny earlier on,’ observed Geoffrey. ‘Sun first, then rain.’
‘Yes,’ said Alec.
There was silence.
‘Last week was cold for this time of the year,’ offered Edith. ‘And colder, I thought, than the same time this year. We were in France then – just for a few days, remember?’
‘France,’ said Geoffrey, casting his eyes up at the ceiling. ‘Poor France.’
‘Well, it can’t be easy being President of France,’ said Alec. ‘All those French people refusing to change the way they do anything. Sitting their guzzling away on Camembert and escargots and so on like there’s no tomorrow.’
‘Oh really!’ said Edith. ‘Such rubbish. The French don’t sit about eating Camembert …’
‘They like it,’ interjected Edith. ‘Are you telling me the French don’t like Camembert? Geoffrey, tell Anne about that large Camembert we saw in Normandy. Tell her.’
‘Oh, it was just a big cheese,’ said Geoffrey.
‘Boiled eggs,’ Alec said suddenly.
This brought silence.
‘What?’ asked Geoffrey.
Anne shot a glance at Alec. They had agreed to be subtle, and suddenly blurting out boiled eggs did not strike her as unduly tactful. ‘Jennifer,’ she began, but Edith had remembered something.
‘She did the loveliest picture the other day. Quite mature, I thought. Would you like to see it?’

Alec looked at Anne. He wanted to return to the subject of boiled eggs. They could not put it off indefinitely, he thought: one had to face the truth.
Edith rose to her feet and went to her bureau. She extracted a piece of paper and brought it back to show to Anne.
‘I think it’s rather lovely,’ she said. ‘Perhaps we should get it framed.’
‘What is it?’ asked Anne.
‘I showed her a picture of some quails,’ she said. ‘She was fascinated, and she tried to copy it. That’s it. She described them as small birds, like painted chickens. I thought that a lovely phrase.’
Anne stared at the drawing. She loved the thought that this little representation of the world came from her child, from the person she had brought into being.
‘She loves quails eggs, by the way,’ said Edith. ‘She can’t get enough of them. Of course I limit her, but they’re so tiny.’
Anne passed the drawing over to Alec. ‘Quails,’ she said, smiling.
‘Ah!’ he said. And then, just to emphasise the point, he said ‘Ah’ again.

A Story for April- Under the Acacia
A Story for June: Trams, and other big questions