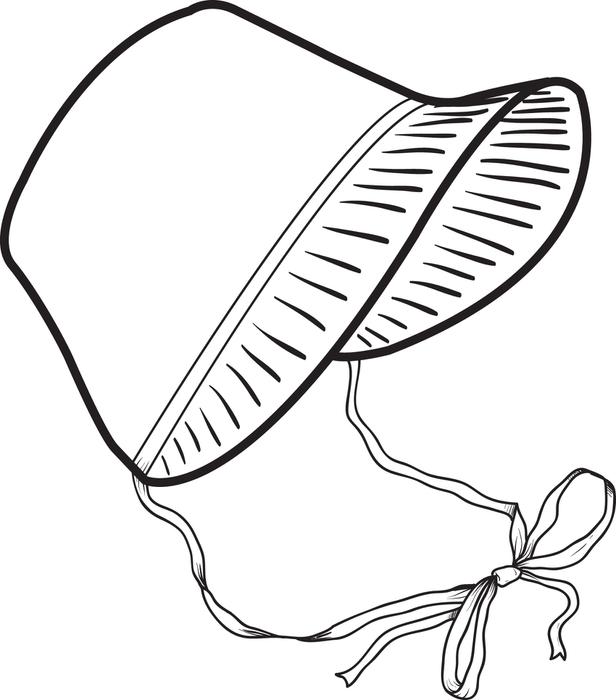 The beginning of any story, whether it is a long complex novel or the tersest of tales, is often the most difficult part. An entire world has to be suggested in the space of a few brush-strokes; characters have to be introduced; the reader has to be persuaded not to go away. Above all, the impression must be created that the story is true.

Sometimes that is easy, because the events that the story relates are everyday and entirely believable – the sort of thing that the reader can easily imagine happening. When the story is more unusual, it becomes more difficult, even if the narrative is based on real events. That is the case with this story of Frank Churchill, a young man who found himself in conversation in a coffee bar with a young woman called Jane.  They did not talk about the usual inconsequential things that people talk about when they meet for the first time; they discussed Jane Austen.

The coffee bar was in Fremantle, at the mouth of the river that winds its way up to Perth. Behind it lies the hinterland of Western Australia, a vast slice of territory that reaches back into the dry heart of the continent. Fremantle is a place of ships and sea and unforgiving sunlight. Victorian buildings of solid red stone remind the visitor of a history that was very different from the easy present; a place of hard work and struggle against the harshness of life in nineteenth century Australia. People drink coffee today in rooms that were once the workplace of shipping clerks, toiling at their ledgers under fans that made little impact on the oppressive heat of summer.

The young man was called Frank Churchill. At the time he was a student in the University of Western Australia, which occupied a campus on the outskirts of Perth. This campus was pervaded by the scent of great eucalyptus trees that shaded its grounds and buildings – trees that made the sound of the sea when the wind was in their branches. Frank studied geology and physical geography. He had talked about becoming a geologist, but was now not so sure that he would cope with the isolated life of remote mining towns. He was lucky in one major respect: his parents owned a wine estate near Margaret River and he would always be able to work there, although he did not like the idea that everything would come to him on a plate and without effort on his part. “You get most reward,” he said, “from the things you do for yourself. That’s almost always true.”

The young woman with whom Frank had the conversation in the coffee bar was called Jane Fairfax. She was English, and was spending a year in Australia on a visa that enabled her to earn a bit of money while she travelled. She had taken a job in the coffee bar, covering for somebody who had to take two weeks off to attend a series of interviews in Sydney and Melbourne. A job for two weeks suited Jane, who was planning to work her way up the coast and then do the overland journey to Darwin. She had already spent a few months in South Australia, where she had stayed with cousins in Adelaide. She had taken a year off university to do the trip, which had exhausted what small savings she had. But she was not one to miss an opportunity, and she calculated she would be able to save up at least some of her Australian wages to help tide her over the next term at home.

When Frank Churchill came into the coffee bar that day, Jane had finished her shift and had an hour or two to kill before she was due to meet a friend at the cinema. She was reading a novel at the time and thought that she would serve herself a cappuccino and sit in one of the more comfortable chairs until it was time to go. The novel was Jane Austen’s Emma. She had read some Austen before – Pride and Prejudice and Mansfield Park – but she wanted to get through the rest by the time she went back to university. This was because there was an optional Jane Austen course that she had signed up for and which required some familiarity with all the novels. “It’s very interesting,” said somebody who had taken the course the previous year. “The main emphasis is on how Jane Austen’s works relates to contemporary issues – women’s freedom to be themselves, for instance; the burden of social expectations – that sort of thing. The novels deal with all of that.”

“Oh yes,” said her friend. “You’d be surprised – you really would. Jane Austen, you see, is a realist. People think of her as being all about Regency bonnets and handsome young men, but in fact she’s about much more than that.” She paused, before adding, “Don’t condescend to Jane Austen.”

On that morning in Fremantle Jane Fairfax looked up from her copy of Emma as Frank came into the coffee house. He had been helping a friend install new rigging on his boat – an aged and leaky catamaran – and having missed breakfast he had experienced a sudden yearning for a bacon roll and a large cup of milky coffee. He had known the friend with the boat since their days together at Scotch College, the school he had attended in Perth. This friend was called David, and he was also a student at the University of Western Australia, where he was studying for a degree in commerce.

Jane’s gaze fixed on Frank. She felt a sudden jolt, as if somebody had touched her with a live electric wire. She thought: How can anybody look like that?

Frank was one of those people who seemed indifferent to his own good looks. He was used, though, to being stared at by complete strangers, many of whom did not bother to disguise their interest. He thought nothing of this, and even imagined that it was what everybody experienced.

“You don’t get it, do you?” David said to him one day. “You don’t realise that women go weak at the knees when they set eyes on you. I’ve seen it time and time again. You don’t know your luck.”

Frank had simply laughed. “It’s no big deal,” he said.

The coffee house was almost full, as street entertainers were busy just round the corner: men on stilts, conjurors, jugglers, a singing dog and so on. Members of the crowd had drifted in for coffee and had taken most of the seats, leaving only one or two free. One of these was at Jane Fairfax’s table.

She held her breath as Frank went to the counter to order his coffee and his roll. Then, when he had been served, and turned round, she looked away, feeling that if she stared at him he would be discouraged from taking the spare seat at her table.

She looked up, as if surprised. “Sure. Help yourself.”

He sat down, carefully placing on the table the mug of coffee and the plate with the bacon roll.

“I love bacon rolls,” said Jane. She had not intended to say this; the words just slipped out, possibly because of her nervousness.

“Why don’t you have one yourself?” asked Frank.

She did not try to stop him, and a few minutes later he was back with a plate that he put in front of her with a flourish.

“That’s really kind,” she said. “I just love the smell of bacon.”

He inclined his head slightly. “My name’s Frank Churchill,” he said.

At first she thought she had misheard him. “What?”

She thought: it’s a co-incidence – no more. There must be plenty of Frank Churchills.

He told her about himself. “We live out near Margaret River – or, rather, my folks do. I’m at uni in Perth. U.W.A.”

“I’m working here for a while. Just a few weeks. I live in England. I go back in a couple of months, after Darwin.”

He nodded. He was looking at her intently. “What’s it like in England?” he asked.

“Different,” she said. “Just different. But also the same, I suppose.” She ended lamely. “Not this hot.”

He looked reflective. “I was born there,” he said. “I came here when I was eight. My father – my real father, that is – lives in Norfolk. I don’t know him very well.”

She frowned. “Did your mother die?”

He looked surprised. “How did you know?”

She glanced at her copy of Emma, now on the floor beside her chair. “I just knew – somehow. You know how you guess things?”

“Of course. And sometimes you’re going to be right.”

He had noticed her book. “What were you reading?”

She picked up the book and passed it to him. “Jane Austen.”

He opened the book at random. “Oh, look at this!” he said, his voice rising in astonishment. “One of the characters is called Frank Churchill. My name! What are the odds against that? What are the odds that you pick up a book and it’s got your name in it?”

“That can’t happen very often,” she said. Her heart was beating wildly within her.

“He’s all right,” she said. “They all talk about him a lot because he doesn’t appear when he’s meant to.”

She managed to smile. “I wouldn’t say that. Some might. I wouldn’t. In fact, I rather like him.”

He affected relief. “That’s good,” he said. “If I’m going to be in a book, then I want to be one of the heroes, not the villains.”

“The villains in Jane Austen’s books aren’t really villainous,” said Jane. “They tend to be stuck-up clergymen or …” She thought of George Wickham, and of Henry Crawford. “Or rakes, as they called them.”

“What happens to Frank Churchill?” he asked. “In the book, that is.”

“He meets a girl. She plays the piano and is a bit enigmatic.”

He glanced at his watch. “I have to get going,” he said. “I’ve got a class later this afternoon. I have to be there.”

She debated what to do. She could not let him go; not just like that. Such encounters were rare, she told herself, and if she failed to take advantage of this one, then she would have a lifetime to regret it.

She would reveal it. It could frighten him away, but it was her only chance. “My name is the same as the girl he meets. She’s Jane Fairfax; that’s what I’m called.”

For a moment he said nothing. She did not dare hold his gaze, but looked over his shoulder, through the window and into the street outside.  A man in stilts was walking past outside, the wide legs of his elongated trousers flapping in the breeze.

“But what about your class?”

She laughed, and picked up her things.

“And then we could go and get something to eat somewhere,” he said. “Unless you have something better to do tonight.”

She did not. She could call her friend and cancel the trip to the cinema; friends understood these things.

“I bet you play the piano,” he said, as they made their way out of the coffee house.

The remark made her stop in her tracks. “How do you know that?” she asked.

He shrugged. “Your hands,” he said. She noticed, though, that as he spoke, he was not looking at her hands, but at the copy of Emma she was holding. Why was he staring at it?

She said nothing. Some stories can become unduly complicated. She wanted to be on the beach, with him. That’s what Jane – Jane Austen, that is – would have wanted for her.

She looked at him appreciatively, and he smiled back. The difficult part of the story was over.

A Story for February: A Temporary Position
A Story for April: The Talented Mr Varg