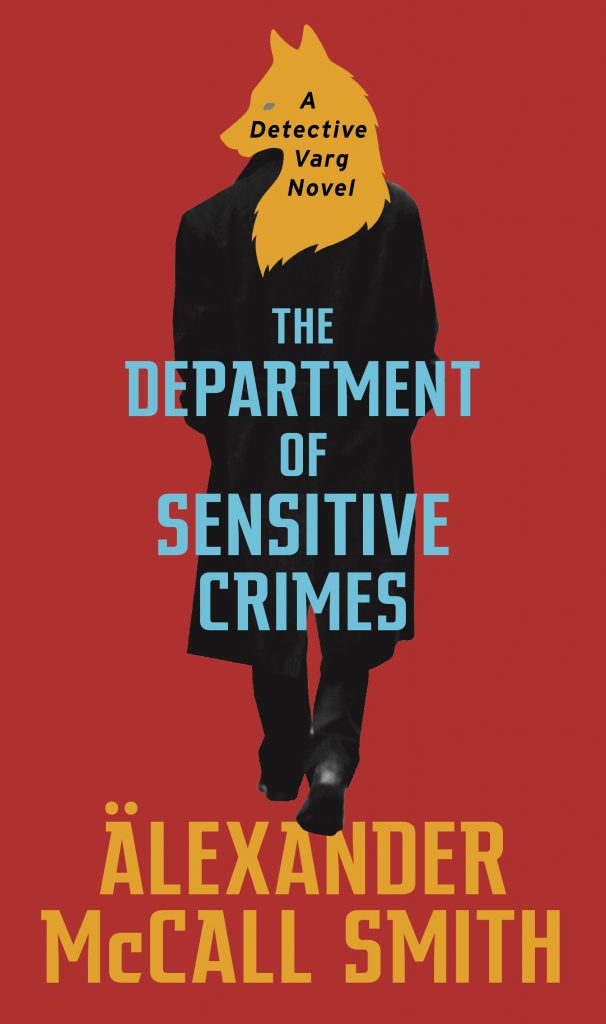 ‘Søren,’ said Dr Svensson, gravely, but with a smile behind his horn-rimmed glasses; and then waited for the response. There would be an answer to this one-word sentence, but he would have to wait to see what it was.

Ulf Varg, born in Malmö, Sweden, the son of Ture and Liv Varg, only too briefly married, now single again; thirty-eight, and therefore fast approaching what he thought of as a watershed – ‘After forty, Ulf,’ said his friend, Lars, ‘where does one go?’ – that same Ulf Varg raised his eyes to the ceiling when his therapist said, ‘Søren.’ And then Ulf himself, almost without thinking, replied: ‘Søren?’

The therapist, kind Dr Svensson, as so many of his patients described him, shook his head. He knew that a therapist should not shake his head, and he had tried to stop himself from doing it too often, but it happened automatically, in the same way as we make so many gestures without really thinking about them – twitches, sniffs, movements of the eyebrow, the folding and unfolding of legs. Although many of these acts are meaningless, mere concomitants of being alive, shaking one’s head implies disapprobation. And kind Dr Svensson did not disapprove. He understood, which is quite different from disapproving.

But now he disapproved, and he shook his head before he reminded himself not to disapprove, and not to shake his head. ‘Are you asking me or telling me?’ he said. ‘Because you shouldn’t be asking, you know. The whole point of free association, Mr Varg, is to bring to the surface – to outward expression – the things that are below the surface.’

Ulf let his gaze fall from the ceiling. Now he was staring at the carpet, and at Dr Svensson’s brown suede shoes. They were brogues, with that curious holed pattern that somebody had once explained to him was all to do with letting the shoes breathe, and was not just a matter of English aesthetics. They were expensive, he imagined. When he first saw them, he had decided that they were English shoes, because they had that look about them, and that was precisely the sort of thing that a good detective noticed. Italian shoes were thinner, and more elegant, presumably because the Italians had thinner, more elegant feet than the English. The Dutch, of course, had even bigger feet than the English; Dutchmen, Ulf reflected, were tall, big-boned people. They were large – which was odd, in a way, because Holland was such a small country . . . and so prone to flooding, as that story he had been read as a child made so clear – the little Dutch boy with his finger in the dyke . . .

‘Mr Varg?’ There was a slight note of impatience in Dr Svensson’s tone. It was all very well for patients to go off into some reverie of their own, but the whole point of these sessions was to disclose, not conceal, and they should articulate what they were thinking, rather than just think it.

‘Ah!’ said the therapist. ‘That’s precisely what you’re meant to do, you know. Thinking precedes verbalisation, and verbalisation precedes resolution. And much as I approve of that, what we’re trying to do here is to find out what you think without thinking. In other words, we want to find out what’s going on in your mind. Because that’s what—’

Ulf nodded. ‘Yes, I know. I understand. I just said Søren because I wasn’t quite sure what you meant. I wanted to be sure.’

Ulf thought. Søren triggered nothing. Had Dr Svensson said Harald, or Per, he would have been able to respond bully or teeth because that was what he thought of. They had been boys in his class, so had Dr Svensson said Harald, he might have replied bully, because that was what Harald was. And if he had said Per he would have replied teeth because Per had a gap in his front teeth that his parents were too poor to have attended to by an orthodontist.

Then it came to him, quite suddenly, and he replied, ‘Kierkegaard.’

This seemed to please Dr Svensson. ‘Kierkegaard?’ the therapist repeated.

Dr Svensson smiled. It was almost time to bring the session to a close, and he liked to end on a thoughtful note. ‘Would you mind my asking, why Kierkegaard? Have you read him?’

Ulf replied that he had.

Ulf looked at him expectantly. Dr Svensson tried to cover his embarrassment, but failed. ‘I didn’t mean, well, I didn’t mean it to sound like that.’

The therapist smiled. ‘What I was going to say – but stopped myself just in time – was that I didn’t expect a policeman to have read Kierkegaard. I know that there’s no earthly reason why a policeman should not read Kierkegaard, but it is unusual, would you not agree?’

Dr Svensson was again embarrassed. ‘Of course you are.’

‘Although detectives are policemen in essence.’

Dr Svensson nodded. ‘As are judges and public health officials and politicians too, I suppose. Anybody who tells us how to behave is a policeman in a sense.’

‘I didn’t say he appealed. I said I had read him. That’s not the same thing as saying he appealed.’

Dr Svensson glanced at his watch again. ‘I think perhaps we should leave it at that,’ he said. ‘We’ve covered a fair amount of ground today.’

The Department of Sensitive Crimes is available from the 16th April.

A Story for February: First Class
A Story for April: Being Glad About Being Home