Alexander McCall Smith met readers in Botswana last week on a safari organised by Belmond travel. The writer of The No.1 Ladies’ Detective Agency led a special tour with Belmond Safaris, taking in three luxury lodges–each located in a completely different ecosystem.

The six-night itinerary – titled ‘Journey to the Heart of Botswana with Alexander McCall Smith’ – began at Belmond Savute Elephant Lodge in the centre of Chobe National Park, the elephant capital of the world with elephant herds and lion prides up to 40 strong roaming the plains. They then went on to Belmond Khwai River Lodge, overlooking the floodplains of the Moremi Wildlife Reserve. And then on to the Eagle Island Lodge which features in Alexander’s book, The Double Comfort Safari Club and in the children’s book, Precious and the Missing Lion.

Is this the first trip of its kind–A safari for fans of The No.1 Ladies’ Detective Agency led by the author and creator of the unofficial first lady of Botswana himself –Alexander McCall Smith? We certainly think it is something very special and those who took part seem to agree. Alexander takes no fee for doing these safaris: ‘I do them free, as these safari camps are vital to the economy of that part of Botswana, providing jobs for forty or fifty local people at each camp and thereby supporting, through extended families, about four hundred people through each camp. Belmond does a lot for the local communities in terms of assisting with village projects, such as water supplies, housing and so on.’

Alexander is now on his way home to Edinburgh following the safari in Botswana during which he met with readers from all over the world, including two very lucky winners of a competition with Waterstones bookshops. He then went on to South Africa where he undertook a very successful and enjoyable series of events at the Rosebank Theatre in Cape Town. 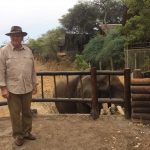 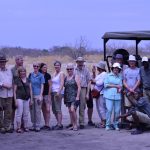 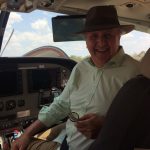 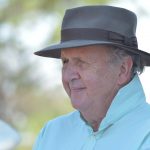 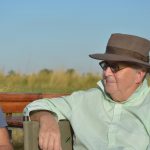 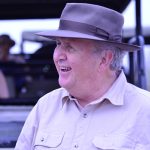