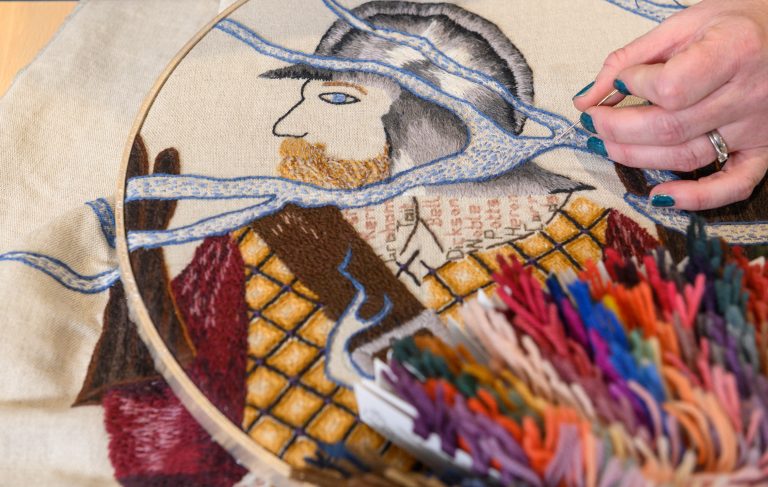 Members of the public are being offered the chance to contribute a stitch to welcome panels to go on show at the new permanent home for the Great Tapestry of Scotland.

The seed of the idea for the Great Tapestry of Scotland came from Alexander McCall Smith. He shared his dream with historian Alistair Moffat and artist Andrew Crummy and, together with stitcher Dorie Wilkie and project director Jan Rutherford, they set about raising the money required and gathering more than 1000 volunteer stitchers to create the longest stitched tapestry in the world – one that tells a people’s story of Scotland from ice age to present day.  It is made up of 160 panels and is more than 140m (450ft) long. It took more than 1,000 volunteer stitchers 50,000 hours + to complete. 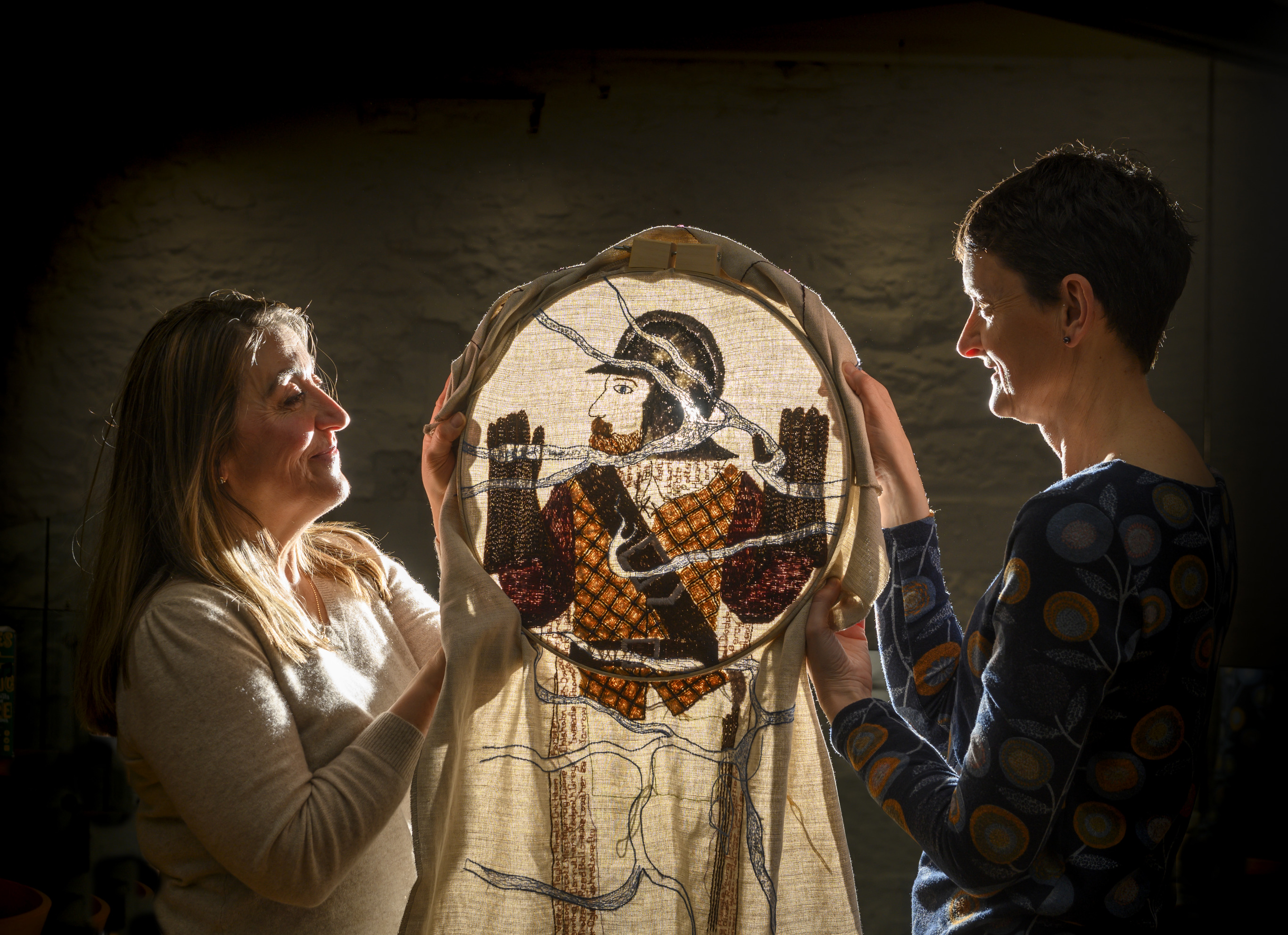 Work on the Tapestry began back in 2011 and the first exhibition opened in 2013 at the Scottish Parliament building in Edinburgh. It was a truly joyful project and next year, in the Spring of 2021, a new purpose-built home for the Tapestry will open in the Scottish Borders. Building has begun!  The full run of panels will go on display at the new £6.7m visitor centre due to open in Galashiels in 2021.

And now, in this new phase of life for the Tapestry, you can add your own stitch. Events around the country will allow members of the public to work with textile artists to add a stitch or two to new panels to be displayed alongside the original work.

Centre director Sandy Maxwell-Forbes said they were “incredibly excited” to offer people the chance to take part. The project to create welcome panels is being taken on tour to a range of venues. Aberdeen, Glasgow and the Scottish Borders have already been confirmed. Floors Castle, Traquair and Abbotsford House in the Borders will also host the tour with full details to be announced later.

By the time the panels are complete, it is hoped that more than 1,000 people will have contributed to them – a similar number to those original stitchers who created this outstanding work of art. 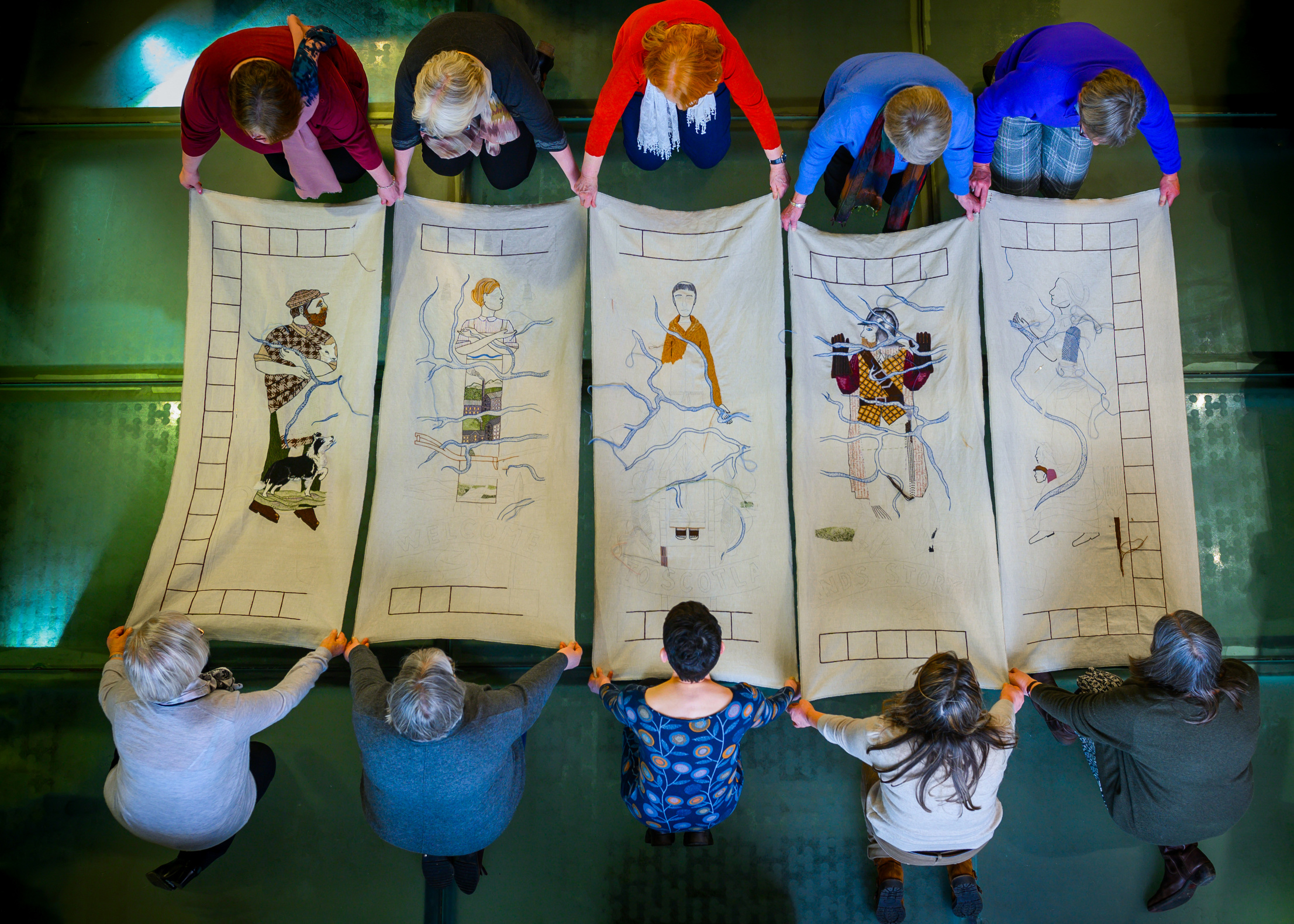