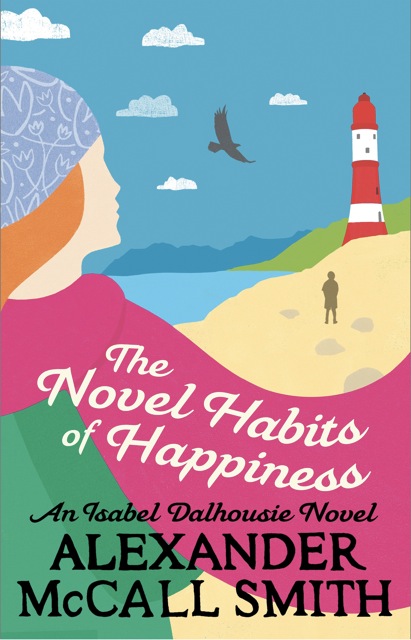 Spring is finally here, and what better way to celebrate than with a delightful new Isabel Dalhousie story. The Novel Habits of Happiness is published today in hardback and ebook, and sees the return of everyone’s favourite amateur sleuth and philosopher.

In this latest instalment of the Sunday Philosophy series, Isabel wonders if she should be more charitable and if she is too judgmental about her niece’s amorous exploits, too sharp about her housekeeper’s spiritual beliefs, too ready to bristle in battle against her enemies.

As the editor of the Review of Applied Ethics, she doesn’t, of course, allow herself actual enemies, but she does feel enmity— especially towards two academics who have just arrived in the city. Isabel feels they’re a highly influence; little tremors in the volcanic rock upon which an Enlightened Edinburgh perches.  Equally troubling is the situation of the little boy who is convinced he had a previous life.  When Isabel is called upon to help, she finds herself questioning her views on reincarnation. And the nature of grief.  And—crucially—the positioning of lighthouses.

The only questions Isabel doesn’t have to address concern her personal life.  With her young son and devoted husband her home life is blissfully content.  Which is the best possible launching pad for the next issue of the Review—the Happiness issue. As Isabel is beginning to appreciate, happiness, for most people, is not quite what it seems.