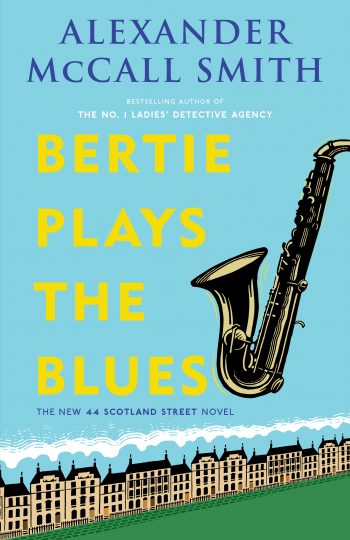 The seventh book in the 44 Scotland Street series

Domestic bliss seems in short supply at 44 Scotland Street. Over at the Pollock household, dad Stuart is harbouring a secret about a covert society and Bertie is feeling blue. He’s had enough of his neurotic mother and puts himself up for adoption on eBay. Will he go to the highest bidder or will he have to take matters into his own hands? The lovelorn Big Lou searches for true love on the internet, as Angus Lordie and Domenica get closer to getting hitched. But will they make it up the aisle?

Tobermory’s tiny lungs, once filled with air, lost no time in expelling it in the form of a cry of protest. If birth—our first eviction—is a deeply unsettling trauma, and we are told by those who claim to remember it that it is, then this child was not going to let the experience go unremarked upon. Red with rage, he vented his anger as Matthew cradled him. “Hush, Tobermory,” the…
Read More

Tobermory’s tiny lungs, once filled with air, lost no time in expelling it in the form of a cry of protest. If birth—our first eviction—is a deeply unsettling trauma, and we are told by those who claim to remember it that it is, then this child was not going to let the experience go unremarked upon. Red with rage, he vented his anger as Matthew cradled him.

On her pillow of pain, already exhausted by the effort of giving birth to two boys, Elspeth half-turned her head.
“Tobermory?”

“Just a working title,” said Matthew, above the sound of Tobermory’s screams. “It suits him, don’t you think?”

Elspeth nodded wearily. They had agreed in advance upon the name Rognvald, and had more or less decided on Angus and Fergus for the others, but Elspeth, being wary of having children who rhymed, was less enthusiastic about these last two names. Tobermory sounded rather attractive to her; she had been there once, on a boat from Oban, and had loved the brightly painted line of houses that followed the curve of the bay. Why were Scottish buildings grey, when they could be pink, blue, ochre? Moray Place, where they lived, could be transformed if only they would paint it that pink that one finds in houses in Suffolk, or the warm sienna of one or two buildings in East Lothian.

She returned to the task at hand, and a few minutes later gave birth to Fergus, who was markedly more silent than Tobermory, at whom he appeared to look reproachfully, as if censuring him for creating such a fuss.

The family of five was now complete. Matthew stayed in the hospital for a further hour, comforting Elspeth, who had become a bit weepy. Then, blowing a proud kiss to his three sons, he went back to the flat in Moray Place that the couple had moved into on the sale of their first matrimonial home in India Street. Once back, Matthew made his telephone calls—to his father, to Elspeth’s mother in Comrie, and to a list of more distant relatives whom he had promised to keep informed.

Then there were friends to contact, including Big Lou, who had been touchingly concerned over Elspeth’s condition during her pregnancy.

“You’re going to have to be really strong, Matthew,” she warned. “It’s not an easy thing for a lass to have triplets. You have to be there for her.”

You have to be there for her. Matthew had not expected that expression from Big Lou, whose turn of phrase reflected rural Angus rather than the psychobabble-speaking hills of California.

“Good,” said Lou. “She’ll be fair trachled with three bairns. You too. You’ll be trachled, Matthew. It’s a sair fecht.”

But now there was no word of caution from Big Lou.

“They’re all right, are they, Matthew?” she said over the telephone.

He assured her that they were, and she let out a whoop of delight. This show of spontaneous shared joy moved Matthew deeply. That another person should feel joy for him, should be proud when he felt proud, should share his heady, intoxicating elation, struck him as remarkable. Most people, he suspected, did not want others to be happy, not deep down. However we pretended otherwise, we resented the success of our friends; not that we did not want them to meet with success at all—it’s just that we did not want them to be markedly more successful than we were.

Matthew remembered reading somewhere that somebody had written—waspishly, but truly—every time a friend succeeds, I die a little. Gore Vidal: yes, he had said it. The problem, though, with witty people, thought Matthew, was working out whether they meant what they said.