A story of Bertie at Murrayfield Stadium in Edinburgh for a Scotland v the All Blacks rugby match. This is an extract from from A Time of Love and Tartan—a Scotland Street novel.

The existential happiness of 13-0. 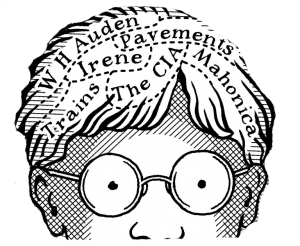 Ranald Braveheart Macpherson was delivered to the Pollock flat in Scotland Street wearing his Macpherson tartan kilt with a blue sweater into which the word SCITLAND had been carefully stitched.

Bertie noticed the error immediately and raised it with Ranald. “I don’t think you spell Scotland like that,” he said. “I think there’s an O after the C rather than an I.”

Ranald seemed unconcerned. “It was knitted in China,” he said. “My mummy says that sometimes they spell things wrong in China.”

Bertie nodded. “My Dad says Chinese goods are rubbish,” he said, but then added quickly, “Except for sweaters. He says that Chinese sweaters are really good.”

Bertie acknowledged the compliment. His new kilt, purchased for him that morning by his grandmother, was having its inaugural outing – and what better occasion for that than the end-of-season rugby match between New Zealand and Scotland, to be played on the hallowed turf of Murrayfield Stadium? It would be a very important match, Stuart explained, as Scotland had never beaten the all-powerful New Zealanders. There came a time, though, when David overcame Goliath, and so all hope of a victory should not be abandoned.

It was a short bus ride to Murrayfield. Walking the rest of the way, they mingled with a growing stream of people heading for the stadium. Here and there along the road, the bagpipes of some optimistic busker skirled through the bright afternoon air. The crowd was good-natured, as rugby crowds invariably are, and numerous Saltires reminded those present of the fact that this was a national occasion – a time for pride and courage in the face of almost certain defeat.

Stuart had prepared the boys for disappointment. “I think we’re going to win,” he said as they made their way towards the ground’s entrance, “but we must remember that these New Zealanders are mighty men. They’re a very strong opposition.”

“But we’re strong too, aren’t we, Daddy?” asked Bertie.

“Sort of,” said Stuart. He did not go into it, but he knew it was a question of selective breeding. In the past, all Scottish rugby players of any note came from the Borders and were the sons of farmers and grain merchants selected by both nature and nurture to push and shove against one another on muddy fields and to hurl themselves against similarly built opponents – all in pursuit of a curiously shaped leather ball. The eugenics that had produced such sturdy young men now seemed no longer to be practised, and Borders farmers were not paying the same attention to build and strength in their selection of a wife. The results were now felt on the rugby pitch.

Once inside the stadium and seated in their allotted places, Bertie and Ranald Braveheart Macpherson could scarcely contain their excitement. When a pipe band marched onto the pitch, they watched in awe, and when at last the Scottish team came out, running courageously through the tunnel from the dressing rooms, both Ranald and Bertie cheered at the top of their lungs. Now came the solemn moment of the singing of Flower of Scotland, that stirring evocation of national spirit in the face of devious English machinations. That the song referred to the fourteenth century was neither here nor there: for many the fourteenth century was but yesterday, and the New Zealanders should bear that in mind.

New Zealand responded, as they always do, with their haka, the Maori challenge with all its curious gestures – the rolling of eyes, the sticking out of tongues, and the general presentation of a less than welcoming demeanour.

Stuart smiled. “I think it’s just superficial, Bertie,” he said. “I’m sure the New Zealanders are quite sensitive underneath.”

The whistle blew and the game began. Scotland, having won the toss, kicked off and thundered after the ball, which was caught by a tree-sized New Zealander. He was immediately jumped upon by a knot of large Scotsmen. When the hapless New Zealander failed to give up the ball, the referee’s whistle went and a penalty was awarded to Scotland. This was an opportunity for the Scottish scrum-half to kick the ball neatly over the posts. 3-0 to Scotland. A further penalty, awarded against New Zealand for general attitude, took the score to 6-0 to Scotland by half-time.

There were no tries in the first half, but in the second half there was a scrum five metres from the Scottish line. With a huge effort the Scots forwards kept the scrum firm and the ball emerged in the hands of the scrum-half. He kicked the ball soundly, hoping to put it out of play, but ended up kicking it up the field. The left winger chased after it and it bounced into his hands. He then kicked it across to the right winger, a kick that was beautifully timed and placed. With the ball in his possession, the winger raced towards the line, neatly side-stepping past his opposite number. As the stadium erupted in a roar of applause, the Scottish player surged across the line and touched down. Bertie and Ranald leapt to their feet, waving their arms in sheer delight. And they did that again when the try was effortlessly converted by the same player who had kicked that first penalty. 13-0 to Scotland – and that was where the score was when the final whistle brought the game to a close.

The defeated New Zealanders, a dispirited, diminished band of men, stood despondent on the pitch. The noble Scotsmen, generous in victory, shook hands with them and offered them such condolences as good sportsmen accord to those they have vanquished.

Bertie turned to Ranald and said, “We did it, Ranald! We did it!”

Ranald nodded. Behind the SCITLAND on his sweater, his heart, like Bertie’s, was full. In the following few minutes, while they waited their turn to leave the stadium, another small boy who had been sitting nearby, offered to show Bertie and Ranald how to paint a Saltire on their faces. This offer was gratefully received, and soon the two friends had the familiar blue flag displayed in grease-paint from brow to chin.

It was a time of great pride for Bertie. He was at a rugby match, with his father and his greatest friend, the loyal Ranald Braveheart Macpherson. Scotland had won – and won convincingly; the New Zealand haka, with all its threats and hollow gestures, had met its match in clear-eyed, firm rugby played with Presbyterian rectitude and according to the principles of the Scottish Enlightenment.

They walked all the way back, spurning buses to savour the bonhomie of the dispersing victorious crowd. As they passed Haymarket Station, Bertie muttered something that his father did not quite hear.

“Did you say something, Bertie?” Stuart enquired.

Bertie looked up at his father, and slipped his hand into his. “I’m very happy,” he replied. “That’s what I said.”

A Story for November: My Italian Bulldozer
A Story for December: Bertie’s Christmas